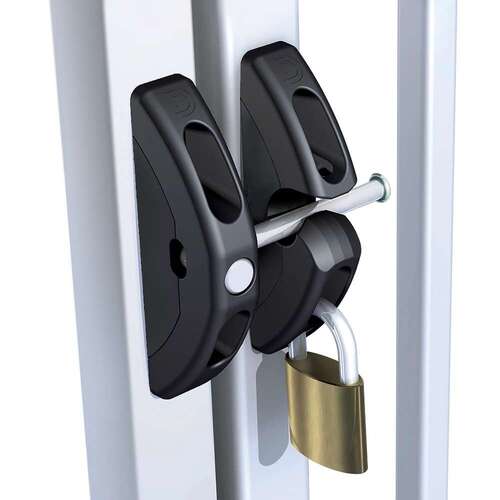 Roll over image to zoom in

30 Days Easy Return. We are the largest supplier of the most adaptable, personalized hardware in the industry. We work hard to ensure you're satisfied with our products.

T-Latch - Toggle style floating latch - Black
At last there′s a general-purpose gate latch designed to replace conventional, metal "gravity" latches. The T-Latch® toggle-action gate latch is remarkably simple and effective. The pivot-style latch bolt toggles vertically to not only engage the gate but also helps overcome gate sag and ground movement. The latch can also be adjusted separately for additional vertical and horizontal adjustment, making it arguably the most adjustable entry-level gate latch in the world. In addition to adjustability, superior strength and a Lifetime Warranty, T-Latch® is “padlockable" (padlock not supplied) and provides a padlock storage feature — all at a very competitive price. T-Latch® has ultra-strong, engineering polymer housings and a stainless-steel latch bolt and components to guard against rust, binding, chipping, fading or staining!