Distributing professional tools in a variety of markets.
SHOP ALL

Affinity Tool Works, LLC is a professional tool distributor that caters to various industries, including industrial, woodworking, building and remodeling, and do-it-yourself. The product names under the Affinity banner include BORA Portamate and HTC Products, intended to boost productivity, simplify challenging processes, and assist in delivering consistent outcomes. The exclusive brands distributed include FISCH and Sjobergs. Feel free to visit www.affinitytool.com to get more in-depth knowledge of what we do. 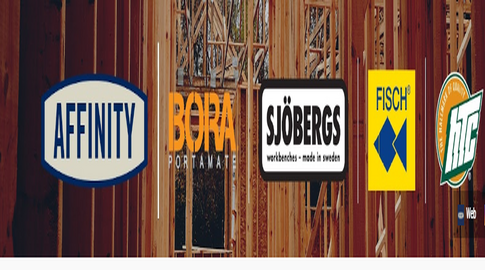 Affinity Tool Works is the sole North American distributor for Fisch, Tormek, HTC, and Sjobergs. It is a dynamic, systems-focused, and culture-driven organization. The company understands that the world is evolving quickly and that keeping up is no longer sufficient. Its staff works assiduously to keep ahead of the curve in the tools and products we distribute in the North American market and follow it in real-time. Find a range of products from Affinity Tool Works Llc here at DK Hardware.